Since 1869, our Bank has stayed true to its mission to provide a secure place for local residents to save and to access financial products and resources. Today, we continue that commitment with offices throughout Franklin and Hampshire Counties and through online and mobile banking. As a result of electronic banking technologies we can offer our customers the ability to bank from anywhere they choose via the internet and mobile devices, while remaining a local bank.
We believe that the services that we provide help improve the quality of life of our customers. But we also recognize that our responsibility to be a positive force in our communities goes beyond banking. That is why we are a leader in supporting local non-profits both financially and through the volunteer efforts of our directors and employees. We believe that giving back moves us forward.
All of us at Greenfield Savings Bank, our employees, management, directors and corporators share a strong commitment to preserving our local bank for local residents of today and for the future generations of the communities we service. All of our decisions are based on long term thinking and our commitment to exceptional service to our customers.
President's Statement 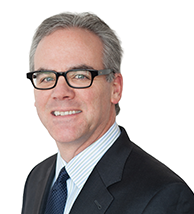 Welcome to Greenfield Savings Bank! We know that selecting the right bank for your family or business is an important decision. We are proud of our bank and of the communities which we serve. I am confident that your decision to choose our Bank is one that you will never regret. Here is why:
I welcome you to join with your many neighbors and local businesses that bank locally with us.
John H. Howland
President and CEO
History

A History of Providing Safe and Secure Banking

Greenfield Savings Bank was founded in 1869 to provide a safe and secure institution in which the working class of Greenfield and Franklin County could save their money.
From our humble origin in the lobby of the Franklin County National Bank, in 1880, we moved to an independent storefront in the Mansion House in the center of Greenfield. We operated there until 1959 when a fire destroyed the Mansion House. After the fire, the Bank moved into temporary offices across the street in the Masonic Building. In 1963 we opened our new headquarters on the site of the former Mansion House at 400 Main Street.
In 1967 Greenfield Savings Bank merged with the Crocker Institution for Savings. Founded in 1870, the Crocker Institution served Turners Falls and Montague. The partnership of the two banks formed a strong, well-capitalized banking institution.
Beginning in 1972, in order to meet the needs of customers throughout Franklin County, we added a third branch office in South Deerfield followed by offices in Shelburne Falls and Conway. In 1991, to complement our banking services, we opened our Trust & Asset Management Division, now called GSB Wealth Management and Trust Services. Today, Greenfield Savings Bank has the only trust company headquartered in Franklin County.
In the early 1990s, Greenfield Savings Bank purchased the adjacent building at One Federal Street in Greenfield and connected it with our main office resulting in our current headquarters.
In the early 2000s, to better serve our customers in Hampshire County, the Bank opened locations in Amherst and Northampton. In 2017, additional offices were opened in both downtown Amherst and Northampton.  In the spring of 2018, the Bank opened an office in Hadley.
These new offices feature Teller-Access ATMs that allow customers to talk with tellers at the Bank’s call center via a live video feed. This new ATM technology allows the Bank to extend the office’s hours of teller services, including cashing checks to the penny, beyond the normal business hours of the office.
Online and Mobile Banking, advanced ATM scanning technology, and security controls that allow customers to control their debit cards from mobile devices are just a few of the new conveniences and services thanks to technological advances adopted by GSB.
Today, because Greenfield Savings Bank is a bricks and mortar bank, an online bank, and a mobile bank, customers can bank at any of our convenient locations, from their homes, or from anywhere in the world.
Community Support

As a local mutually-owned bank, we are committed to supporting the many non-profit organizations that help improve the quality of life in our community.  In addition to the many hours our employees and directors volunteer to local charitable causes, our Bank is committed to being leader in corporate giving to our local non-profit organizations.
We support a wide range of community-based programs including:

All applicants must be charitable non-profit organizations, with a current 501(c)(3) status. Organizations must have administrative offices and/or program activities located in our market areas of Franklin and Hampshire counties.

How to make a request

All donation requests must be received at least two months before funding is needed. We review and approve applications on a monthly basis. Please allow additional time for capital campaign requests.
To request financial support for your non-profit organization, please complete the Greenfield Savings Bank ONLINE Contribution Application.
NOTE: For requests of $500 or more, please attach the following documentation to your online application:
Yearbook/Program Advertising Requests
Complete the online contribution application, and be sure to include ad sizes, specifications, and deadlines.

Greenfield Savings Bank appreciates recognition from recipient organizations for support given through our donations. Use of the Bank’s logo in thank-you ads, newsletters, press releases or other documents must be requested and approved through the GSB Marketing Department prior to publication.
*Greenfield Savings Bank does not fund: sectarian organizations; political causes or campaigns; multiyear commitments other than capital campaigns; endowment funds; for-profit organizations; municipal infrastructure campaigns; school districts, benefits for an individual or single family; groups that serve as intermediaries (raising money for other organizations) with the exception of our local United Way organizations. GSB contributes to the United Way and therefore, will generally not consider requests from agencies that receive United Way funding.  Due to the high number of donation requests we receive annually, we generally limit individual organizations to one request application in a single year.
Directors