GSB in the News

I am sorry, an error has occurred.

Logan Anderson has been promoted to Customer Service Call Center Representative. In her new position, Logan will work in the GSB Call Center assisting customers with a wide range of account services, tracking voicemails and returning phone calls. In addition, Logan will also work as one of the “video” tellers for the Bank’s network of Teller Connect ATMs.  Teller Connect ATMs are ATM machines that provide Teller service via a live video feed at select GSB locations in Franklin and Hampshire Counties.

Logan first joined Greenfield Savings Bank as a Teller in September of 2018. Born and raised in Northfield, she now lives in Greenfield. She is a 2017 graduate of Pioneer Valley Regional School.

Logan loves spending time with her family including her boyfriend, her brother and sister-in-law, and her niece and nephew. Logan has been an active volunteer at community events, including The Great Falls Festival aka Pumpkin Fest in Turners Falls, the Relay for Life in Greenfield and at the Franklin County Fair. 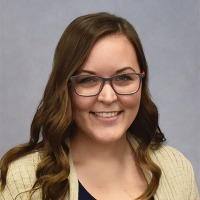 Jessica Duffy has been promoted to Assistant Office Manager of the Greenfield Savings Bank South Deerfield Office. In addition to supervising the daily activities of the office and staff, Jessica will also concentrate on business development and assist customers with a full range of banking services.

Jessica first joined Greenfield Savings Bank in January of 2017 as a Teller and was previously promoted to the position of Super Banker. She has an Associate’s Degree in Accounting from Greenfield Community College and is currently working on a degree at the Center for Financial Training.

Originally from Montague, she now lives in Erving with her husband and daughter. She likes to spend time outdoors with her family and their two dogs. 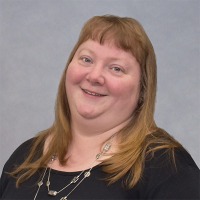 Michelle Ozdarski has been promoted to Senior Bank Secrecy Act/Anti-Money Laundering Investigator & Fraud Analyst, responsible for monitoring, reviewing, researching and analyzing transactions for potential money laundering or other illegal activity, such as terrorism financing and tax evasion. She is responsible for assisting customers with Identity Theft or other fraud related issues.

Michelle joined GSB in 1999 as a Teller and the next year became the Teller Trainer. In 2008 she became the Senior Operations Specialist and recently held the title of BSA/ID Theft Manager.

Michelle grew up in Colrain and now resides in Greenfield with her husband and two children. After graduating from Mohawk Trail Regional High School, Michelle earned an Associate Degree from Greenfield Community College in 1998. 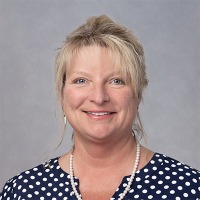 “Mary Pomeroy is a natural leader,” said Hector Toledo, Vice President of Greenfield Savings Bank and Branch Distribution Network Officer. “She is committed to serving the community and ensuring that our customers’ experience is exceptional.”

Mary grew up in Ashfield and now resides in Greenfield with her husband and her two cats, Bunny and Buster, and is also the proud grandmother of her 8-year-old granddaughter. She is an avid gardener and is looking forward to resuming traveling. 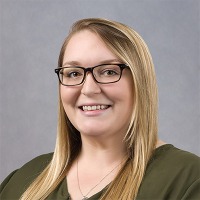 Jocelyn Walsh has been appointed Assistant Office Manager of the GSB Shelburne Falls Office. In her new position she will oversee day-to-day office operations and assist customers with a full range of account and banking services.

Jocelyn has been a volunteer at a wide range of community events including the WGBY Hadley Asparagus Festival, Shelburne Falls Moonlight Magic, and the Great Falls Festival aka Pumpkin Festival.

Jocelyn grew up in Charlemont and currently lives in Florence. She is a graduate of Mohawk regional High School and is currently taking courses at the Center for Financial Training.  She enjoys cooking, playing scrabble, doing puzzles, and taking walks with her dog Bella. 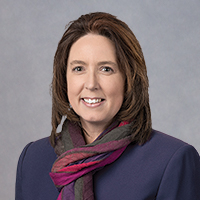 Anna Zadworny has been promoted Assistant Vice President and Training & Staffing Manager. In her new position, Anna will be responsible for one-on-one and classroom training for employees with a focus on enhancing employee development, including product knowledge, internal systems training, and compliance course oversight. Anna will also be responsible for maintaining appropriate levels of staffing in all offices. In addition, she will assist in maintaining vendor relationships, record keeping, and training budget oversight. As well as her training role, Anna will coordinate and oversee the external audit process.

Anna is an active community volunteer at a wide range of local events and she serves on the boards of Big Brothers Big Sisters of Franklin County and as Assistant Treasurer of The Salvation Army of Hampshire County, and is a volunteer for the United Way Hampshire County.

She grew up in Northampton and still resides Hampshire County with her husband and dog. She is the proud mother of a grown son and daughter. She loves bike riding and taking long walks near an ocean or lake. 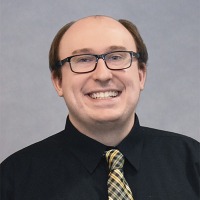 Jared Cyhowski has been promoted to Loan Operations Specialist where he will work with customers providing Residential and Consumer Loan Servicing. Jared started his career at GSB as a Teller Supervisor and was previously promoted to Customer Service Representative in the Bank’s Call Center.

Jared joined Greenfield Savings Bank in May 2016, after attending Fitchburg State University where he was graduated with High Honors in Communications and a minor in English. He is a member of the Lambda Pi Eta Communication Studies Honor Society.

Jared grew up in Bernardston and now lives in Montague with his wife and their dog, a beagle mix named Bella, and a pet rabbit named Noi. His hobbies include watching Japanese animation, playing video games, and international travel. 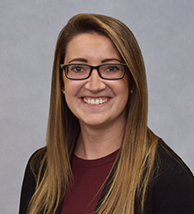 Elisabeth Porter has been promoted to Corporate Support Specialist with responsible for assisting and providing support services to the Bank’s Chief Executive Officer, Chief Operating Officer and Financial Officer. Her daily responsibilities include assisting in the preparation of reports, scheduling meetings and events, and maintaining official minutes. She will also assist other Greenfield Savings Bank executives as needed.

Elisabeth is active in the community and volunteers at as many of the GSB sponsored community events as possible. Elisabeth grew up in Ashfield and attended the Mohawk Trail Regional School and Johnson & Wales University in Providence, Rhode Island. She is close with her parents and stepmother and her brother and is grateful for their support and advice.  Elisabeth is looking forward to resuming attending events and traveling. 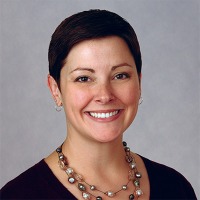 An active community volunteer, Kim has served on the Board of the Friends of Children in Hadley and is a member of the South Deerfield Women's Club.

Kim was born in Malden and grew up in Lowell. She now lives in Greenfield with her wife with whom, in 2019, she recently adopted two sons, ages 2 and 4, from foster care. Kim is also the proud mother of a 22 year-old daughter and a 19 year-old son. Kim and her family have two dogs Charlie and Paisley, and a kitten named Maple! 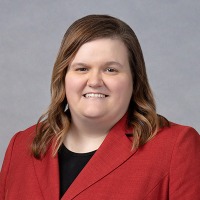 Prudence D. Blond has been promoted Vice President and Trust Officer at Greenfield Savings Bank.  In her new position, Prudence, as a client service officer, oversees the administration and tax departments and also works with the Bank’s internal and external auditors.

After attending Greenfield High School, Prudence graduated from Greenfield Community College in 1997. She has subsequently earned a Personal Trust diploma through the American Bankers Association in 2011 and a General Financial Services diploma through the Centre for Financial Training.  She has continued to take educational classes in administration, personal tax preparation, trust & estate tax preparation, financial planning and IRAs. She earned her Certified Trust and Financial Advisor (CTFA) designation in 2012 through the Institute of Certified Banks.

Prudence is currently serving on the Board of Directors, Personnel Committee & Nominating Committee at LifePath, Inc. (formerly known as Franklin County Home Care Corporation).  She is a member of the annual Campaign Team at Greenfield Community College. She has previously served on the Board of Trustees, as Treasurer and as the Sunday School Superintendent at the Robbins Memorial Church.

Prudence resides in Franklin County with her cat, Theodore, whom she adopted through the Dakin Humane Society. She enjoys cooking and baking and has a collection of recipes and cookbooks including some from her grandmother and great-grandmother. She also loves reading, arts and crafts, music, and cheering on the Patriots & Red Sox.  She is a fan of brain games such as trivia, logic puzzles, and riddles. Her favorite season is fall because she enjoys getting out to see the fall foliage, visiting the local orchards and other fall activities. 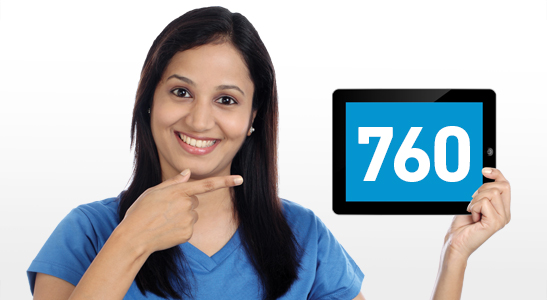